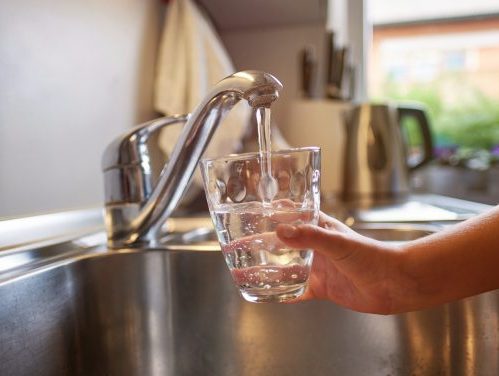 Posted at 20:34h in Discover Village of Alamance by Ben York
Official Release

Burlington, NC – The Boil Water Notice for City of Burlington Water Customers is lifted. Water is safe to consume, to bathe in, to cook with, to wash dishes with, and to give to pets without flushing water lines or taking any additional measures.  Tests on water samples have come back clean. No E. coli is present in the City’s water distribution system.

Businesses permitted by the Alamance County Health Department, restaurants, lodging, and tattoo parlors may now reopen once the following steps are completed. 1) Discard any ice, food, or beverages prepared during the time when the water supply was unapproved. 2) Clean and sanitize any areas that may have been in contact with contaminated water. 3) Flush pipes, faucets, drinking fountains and equipment with water line connection for 5 minutes. 4) Flush hot water heater per manufacturer’s instructions. 5) Replace water filter cartridges. For more information businesses can call the Health Department at 336-290-0653 or visit www.alamance-nc.com/environmentalhealth.

Evidence continues to strongly suggest E. coli contamination was isolated to a single pipe connected to an outdoor spigot at an apartment building near downtown. E.coli was never detected in any sampling location except this single spigot that, by coincidence, is one of the 203 sampling locations in our water system that the City tests regularly.

The contaminated spigot was sampled first on 7/14/21 and a second test on 7/15/21 confirmed the presence of E.coli. Each test takes 24 hours to process. Sample locations immediately upstream and downstream of the spigot repeatedly tested negative for E.coli, but State and Federal regulations required the City to issue a Boil Water Notice for the entire water distribution system after the second confirmed positive sample at the spigot.

City Water Resources crews worked with the property owner to replace the spigot that led to the contaminated sample. While flushing the service line and replacing the spigot yesterday, crews found significant decaying insect and organic matter creating a partial blockage inside the fixture. This was likely the source of the contamination. After the spigot was replaced, the service line to the apartment building, the new spigot, as well as interior plumbing were flushed, chlorinated, and then flushed again. Water samples from the spigot, inside the apartment, and the upstream and downstream locations were tested on the evening of 7/15/21. The results received this evening (7/16/21) showed no presence of E. coli.

City Staff, at the recommendation of State environmental officials, also established a water system perimeter around the apartment building and flushed the water mains. Samples were taken from several locations along the perimeter. The samples came back negative for E. coli as well.

Though the dangerous E. coli bacteria was only located in at one apartment, State and Federal regulations dictated a cautionary boil water notice while further testing was conducted. The City of Burlington Water Resources Department will always go the extra mile to ensure our residents and our customers from other municipalities receive safe, clean water.